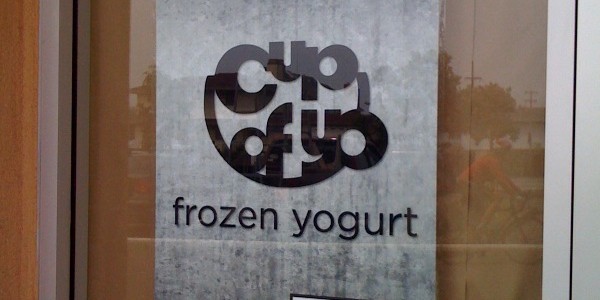 Two couples who love their community and frozen yogurt

With another group looking at the same suite, each couple knew their chances were slim. After meeting with the bankers and demands of life, each party shelved their business plan thinking the other group would beat them to the spot. Months later at lunch, Mike mentioned that he and his wife Kristin tried to open a frozen yogurt shop in Point Loma but shelved the idea. Bryan quickly responded that he and his then fiancé Veronica also tried to open a frozen yogurt shop in the same location. Both couples met to talk frozen yogurt and their dreams became a reality; Cup of Yo was born. With each partner’s strengths their team of four was stronger then if each couple tried doing it alone.

“We feel very blessed and enjoy being a part of such a fun and thriving community!”